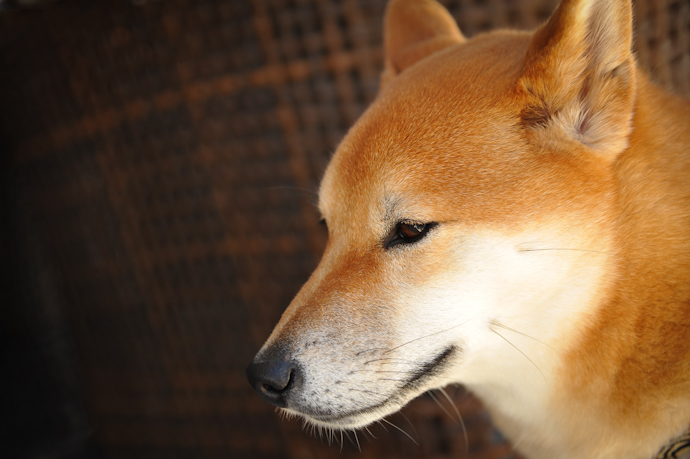 Say hello to Zuko, Suki’s brother! They’re not from the same litter, but they share the same father. This was a wild experience because I haven’t met a Shiba yet that looks this much like Suki. The pictures don’t really give you the full experience though. When you see them together in person, the way they walk/run, and the expressions on their faces, you know for sure these dogs are related! 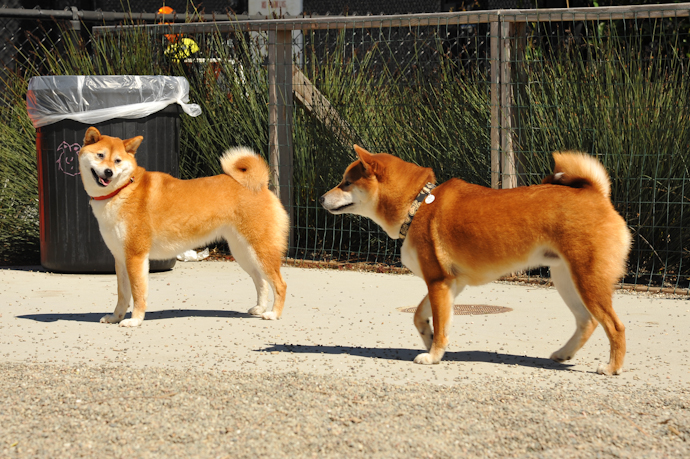 We met up at a local dog park in San Francisco. I was a little concerned about Suki because we recently brought her to the vet to get more treatment for her seasonal allergies. You can tell in the photos that she’s still dealing with some itchy eyes. It was also unusually warm in the Bay Area, so our sheebs weren’t as active as normal. 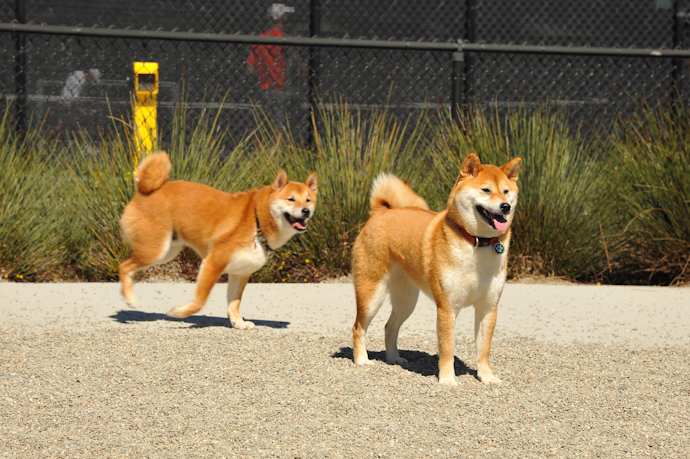 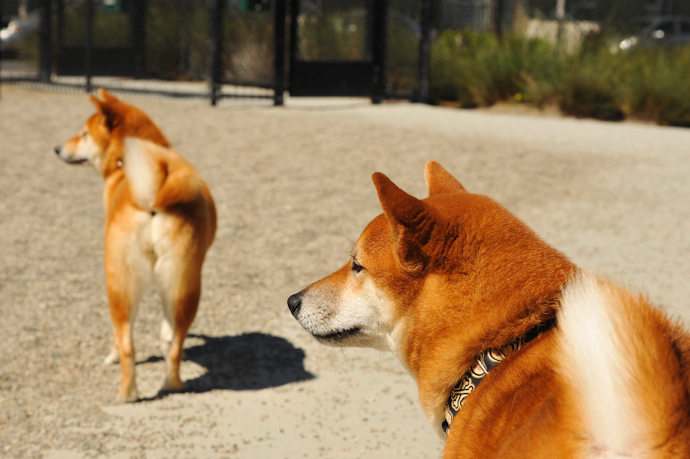 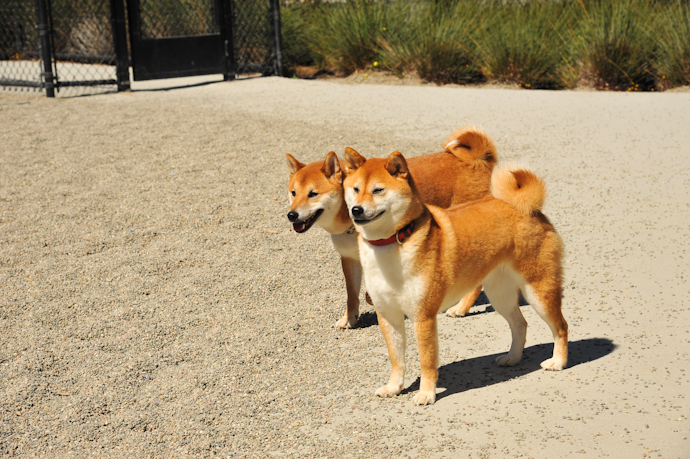 Check out that long shadow being cast on Suki’s chest. Talk about harsh, mid-day sun. Turning on the Active D-Lighting on my camera and deciding to shoot JPEGS, I said “ok camera, YOU deal with the crazy lighting” 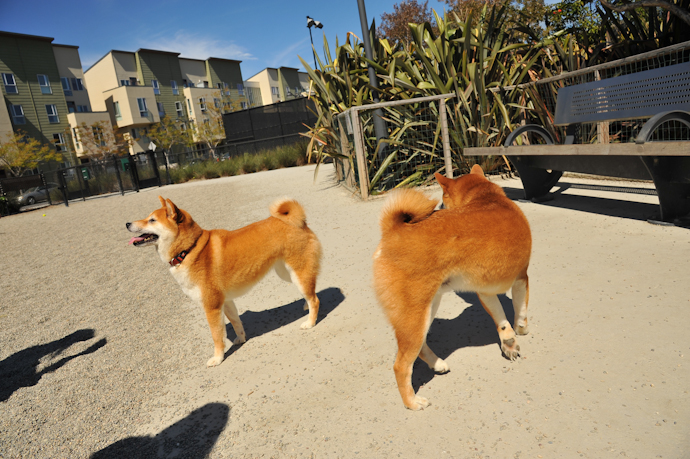 Too hot to bound around and play, Suki and Zuko eventually just started hanging out…. 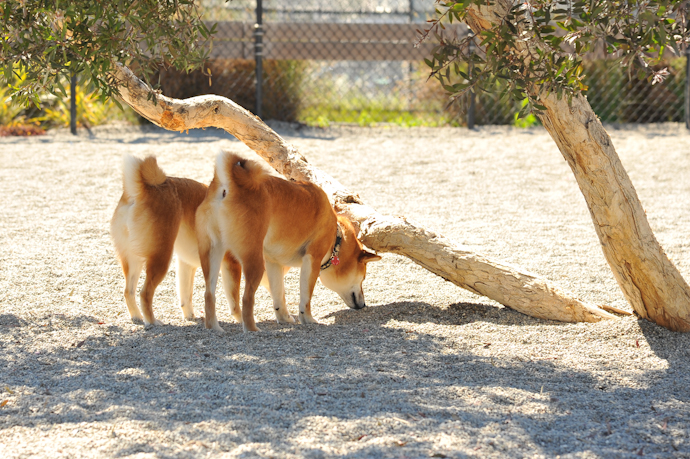 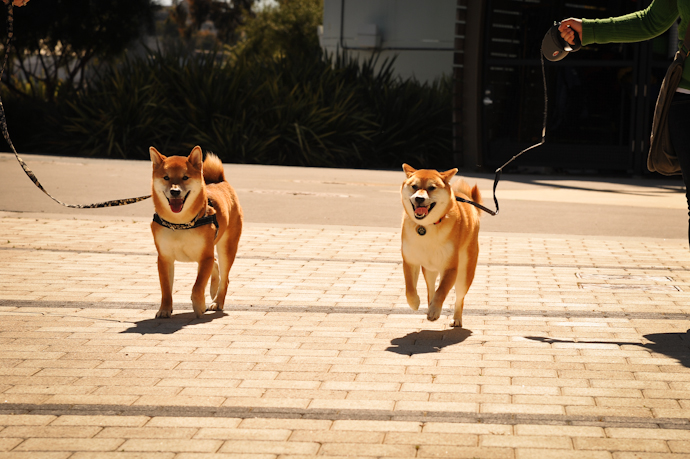 ….So we left the park and went out on a walk. 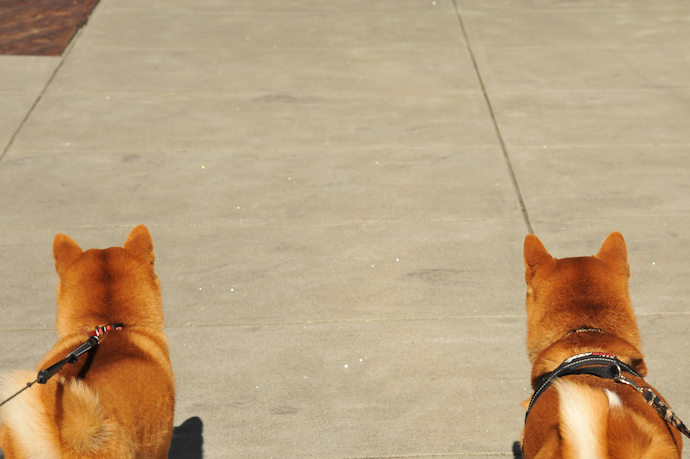 Oh my goodness, which one is which!? 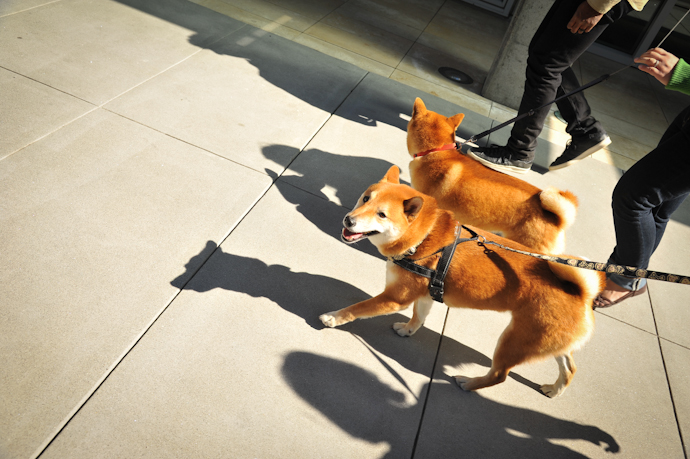 Zuko, checking me out. Unlike Suki, who is very much used to having a big DSLR shoved in her face on a regular basis, Zuko seemed much more aware of my camera’s presence. After we hung out for a while, and after allowing him to give my lens a good sniff, he was a little more open to the idea of being photographed…just a little: 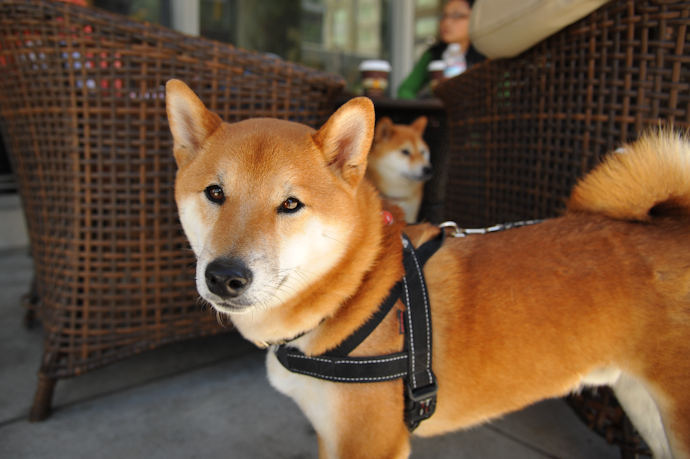 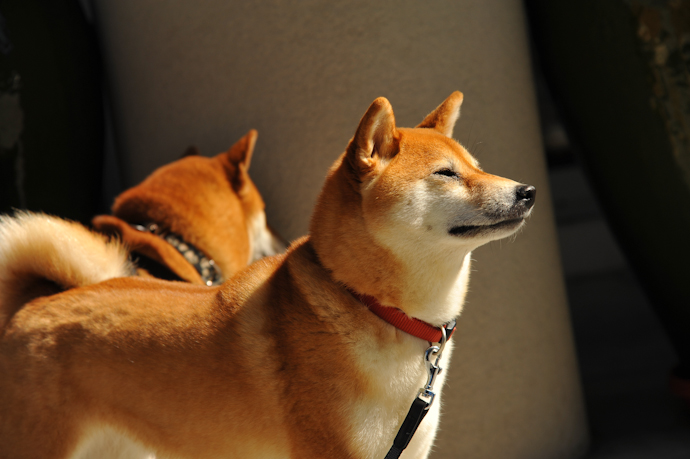 Suki is always acting like “Ms. Royal Highness,” and Prince Zuko wasn’t any different. It was a Royal Shiba meetup if I’ve ever seen one. 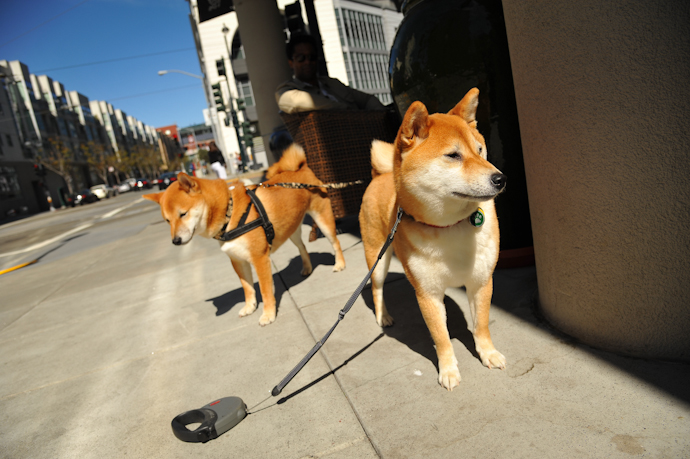 Zuko is a few pounds heavier than Suki. They’re both pretty large, at least as Shibas go. 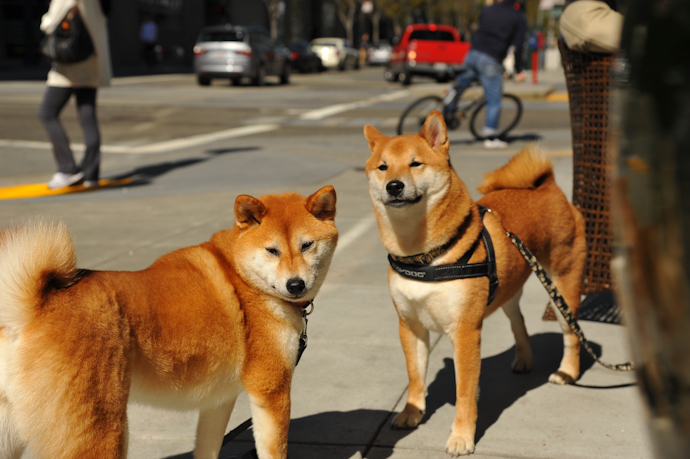 I postulate that those triangle-heads are congruent! 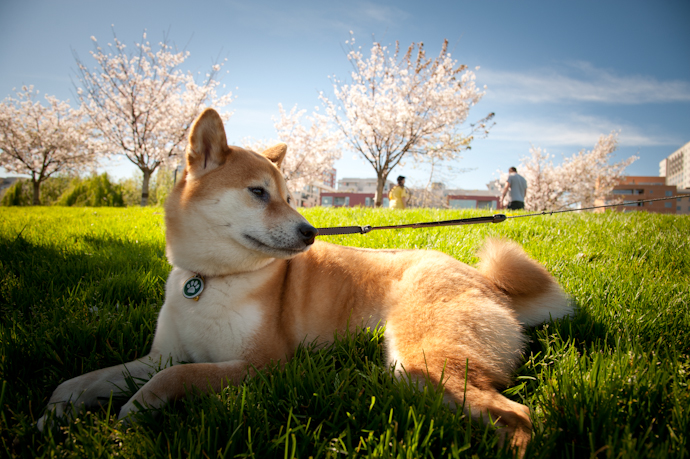 After we parted ways, we walked a little further, and Suki found the nearest shaded area for herself…ah, the life of a Shiba.

Make sure you check out Zuko’s Blog!

27 thoughts on “Meeting Zuko the Shiba”