Well, I guess it was inevitable. The X100 has been calling my name ever since it was announced. Since its release, I’ve seen some mixed feelings about the camera in reviews, but somehow I felt that I understood the design concept behind the camera well enough to realize that it would match my style and make a great addition to my gear bag.

Right now the X100 is out of stock everywhere and very hard to acquire.  Some are being sold on Craigslist, Ebay, and Amazon with significant markups. I just happened to be browsing B&H’s website one morning and what?! In stock!? Ordered with no hesitation, and only minutes after I placed the order, stock was dry. Snagged it. Yes!

This post is a first impression in the strictest sense. I’ve barely started using this thing as I only just received it two days ago. So far, I’ve used it in the house to take snaps of Suki, and took it downtown last night to meet the wife for dinner after work.

The first thing I do when I start shooting with a new camera is see what kind of image processing power it has on its own, so all images in this post are out-of-camera JPEGs, all shot aperture priority with Auto ISO and Auto Dynamic Range set on the camera. It’s a sort of “whatchu got, X100?” test.

The ground-breaking, highlight feature of the X100 is obviously its Hybrid Viewfinder, which I tell you truthfully, is so stinking fantastic. I’ve never shot with a rangefinder-style camera before, so the parallax error at close distances seemed pretty weird at first. Fortunately, the bright line frame moves in the finder to correct for parallax, and switching from the optical viewfinder to the electronic viewfinder easily eliminates the issue when you need to get in close.

The video below that I took with my iPhone does no justice to how bright and wonderful the OVF really is, but it does give you an idea of what its like to see the shooting info and bright lines displayed, what its like switching between OVF and EVF view, and how pleasantly silent the shutter is:

No blackout when hitting the shutter release. Yesssss.

There’s another video here that’s even crummier but adds more info on the display, including grid lines, a histogram, a focus scale, and an electronic level, among other things. Hopefully I can manage better videos in upcoming reviews.

High ISO images are looking good on this camera. Still see some nice details on Suki’s fur with little image noise in the shot above, taken under dim lamp light at ISO3200.

Image quality is extremely good, but you knew that already if you’ve read other reviews about the X100.  I love the lens as well. It’s sharp, vignetting is minimal even wide open, and the 35mm full-frame equivalent view is a great focal length for shooting in a wide variety of situations, especially in city streets. The camera feels very similar in size to my E-PL2, but the X100 produces very visibly better image quality, largely due to its bigger APS-C sized sensor. 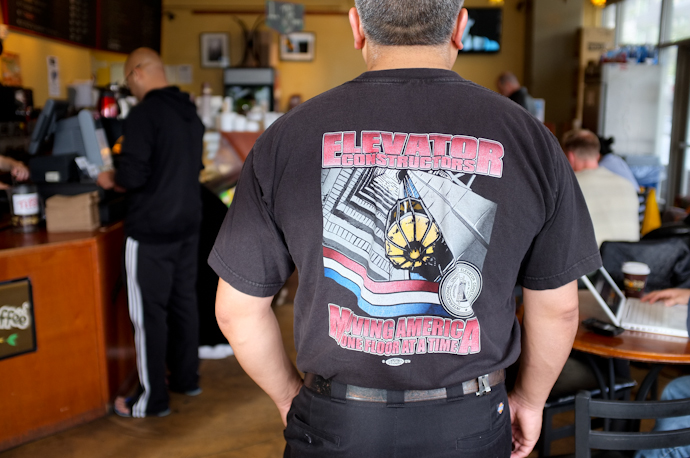 The leaf-shutter built into the lens is deadly silent. Coupled with the old-school design of the camera, no one notices you using it (unless they’re a fellow gear-geek). You can slip right up behind someone and just snap away. 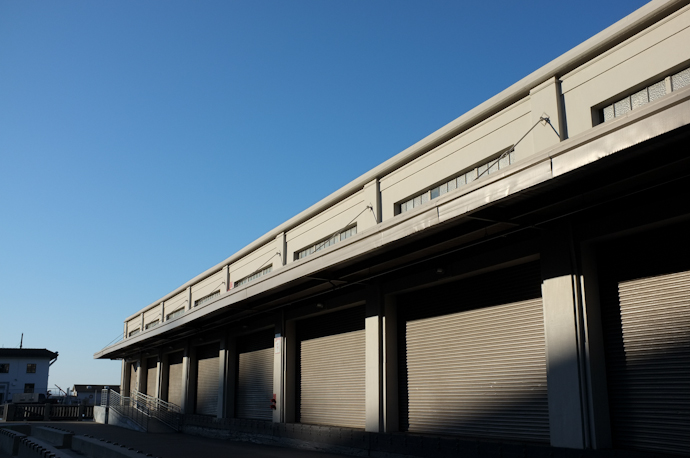 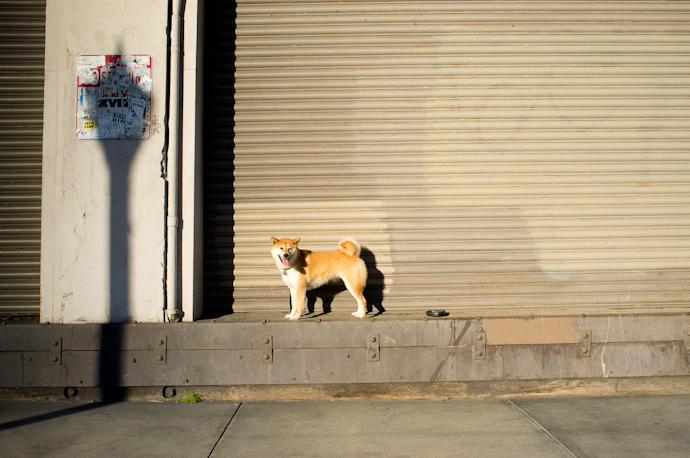 The X100 features a few “film simulation” modes. The one used for the image above is Velvia, which seems a little over the top to me. I think the preset pushes blacks down a little too hard, which is something I can do myself in post, thank you very much. The rest of the images in this post are taken using Provia, which is the standard film simulation mode for the camera. 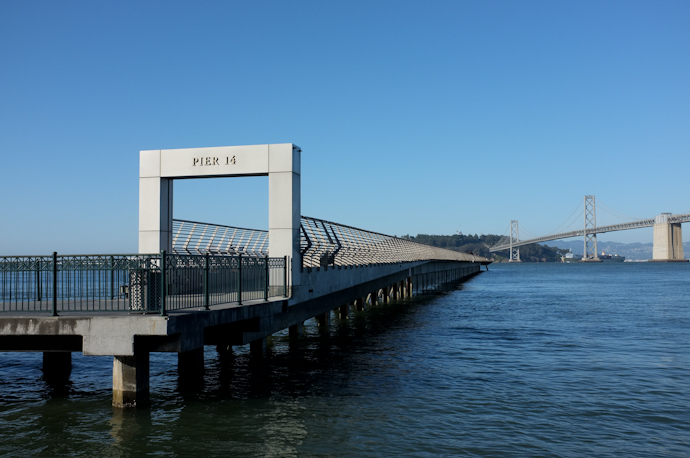 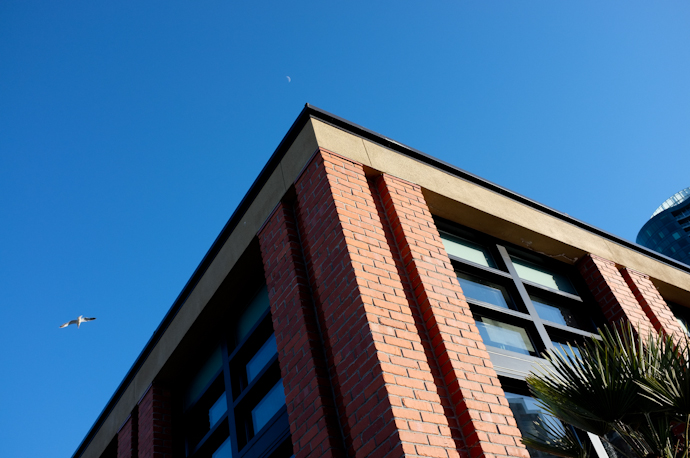 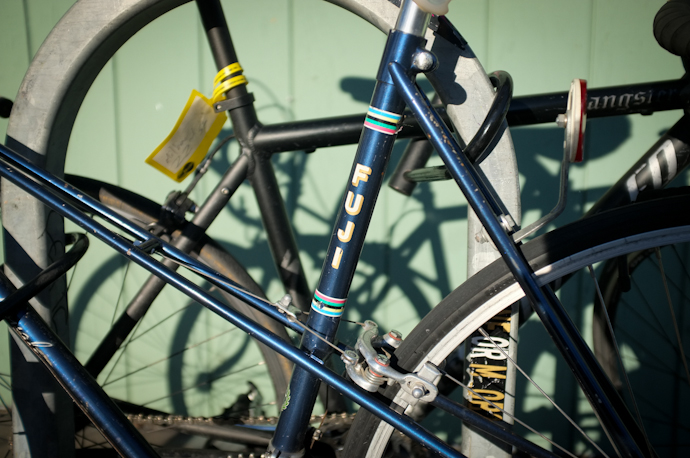 For the image above, taken in pretty bright afternoon light, I used the camera’s built in 3-stop ND filter to cut the light down and let me shoot the image wide open. Going to base ISO would have helped too, but hey, ISO400 was the camera’s decision, not mine. It has to do with how the X100 optimizes dynamic range.

As light got dimmer, shutter speeds got slower. The lens is wide enough to allow hand held shots at pretty slow shutter speeds, but with no built in stabilization, you have to be extra careful. High ISOs look great though, so I can live without it.

Even in the short amount of time since I received it,  the X100 has won my heart. There’s a certain joy I get from shooting with it that’s so unique. I can’t wait to take it out for another spin, so stay tuned for more impressions!